SUMMARY: This paper suggests some general approaches and raises some problems in studying the impact of Rome on the rural landscape in Lusitania. It concentrates on three crucial ways in which the landscape was transformed under Roman rule: (a) changes in the pattern of rural settlement; (b) changes in the nature of land use and agrarian exploitation; and (c) changes in the ways in which the inhabitants of Lusitania perceived and thought about their world. It argues that a synthesis is needed of archaeological evidence from across the province, so that the impact of Rome on rural settlemet patterns may be compared in differing environmental regions. Further intensive field survey should also help to resolve some current problems in reconstructing the pattern of Iron Age and Roman rural settlement. Increased collection and analysis of pollen samples, carbonised wood, seeds, agricultural implements and animal bones is needed to assess more precisely the extent to which the Romans caused major changes in the nature of land use and agrarian exploitation. When accounting for change, it is essential to consider a wide variety of factors and to remember that rural change continued to occur throughout the Roman period. Finally, it was in forcing the inhabitants of Lusitania to perceive their world in radically new ways that the Romans made a lasting impact on the provincial landscape. First, the Romans created broad ethnic identities for their opponents, ignoring the complex, highly fragmented ethnic and regional geography of the area. Then by dividing the region into clearly defined civitates, they forced the inhabitants of Lusitania to envisage the landscape in a very different manner than before. Finally, a series of rituals emphasising Roman power (the census, the holding of judicial assizes, and the activities of the provincial council) regularly reinforced these radically new mental maps of the new Roman provincial landscape. 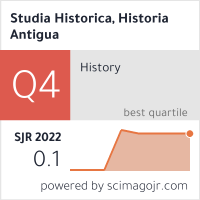